The Science Behind Pixar's Magic

New Exhibition: The Science Behind Pixar

Explore the science behind Pixar’s magical world of animation. Experiment with the filmmakers’ tools in 65 interactive and fun activities.

Most will know the toy cowboy Woody, who is forever loyal to his friends and their owner Andy. Or the overprotective clown fish Marlin, who swims across the ocean to save his son Nemo. It can be a toy, a fish, a car or even a feeling – like in the film Inside Out – Pixar can make them all spring to life before our very eyes.

But how do they do it?

How were the big blockbuster animated films like Toy Story, Inside Out and The Incredibles actually made?

Find out now! Dive into the science behind Pixar’s popular and groundbreaking animated films in our newest exhibition The Science Behind Pixar. Get your tickets here 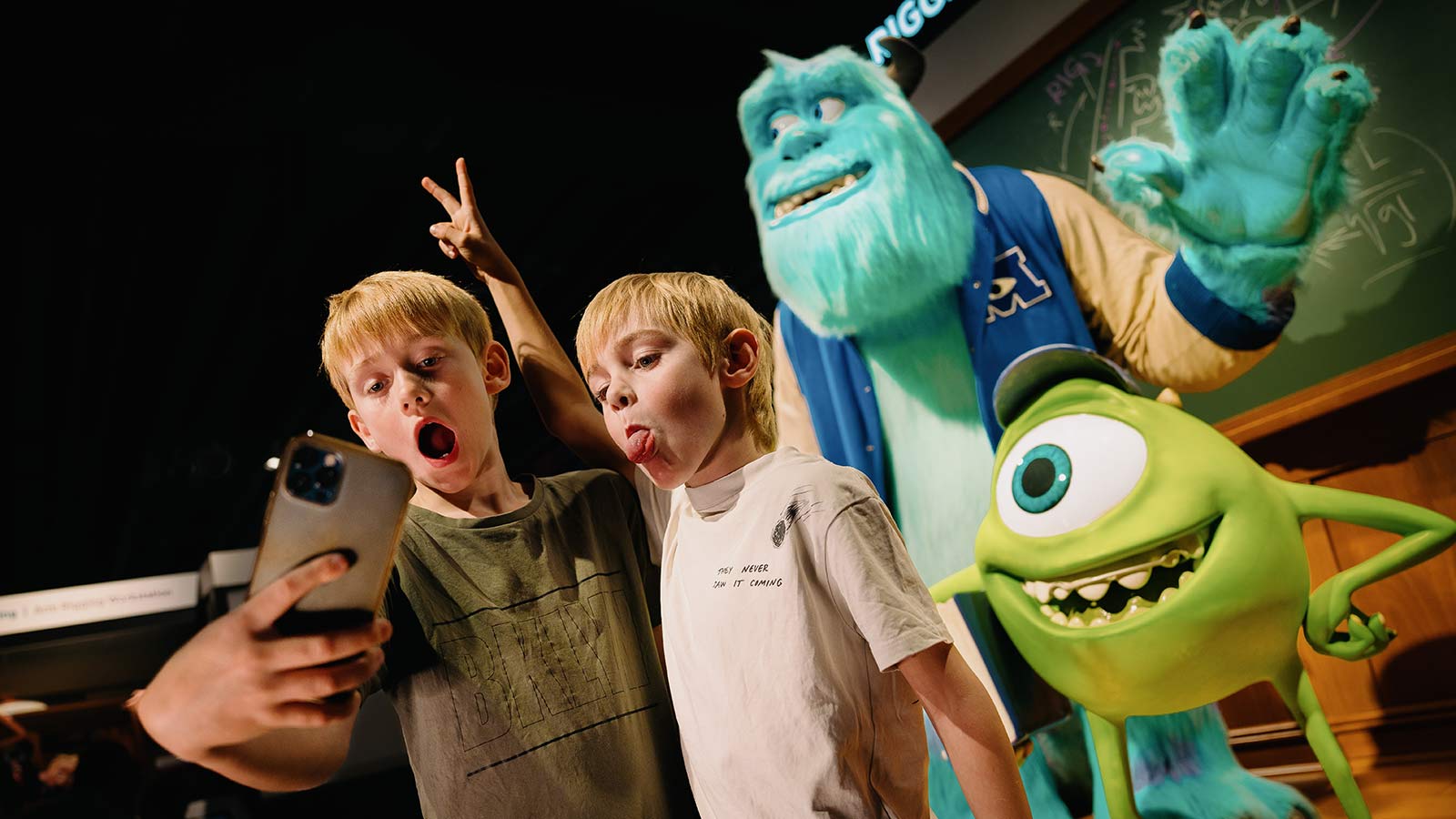 Take a selfie with Sulley and Mike from Monsters, Inc. – or perhaps one of the other popular Pixar characters, who are also hiding in the exhibition?

The Science Behind Pixar is produced by Museum of Science in Boston in close cooperation with Pixar Animation Studios. It is the first time the popular exhibition can be seen in Europe, recently finishing a tour of Japan.

The exhibition spreads across 1.250 square meters, promising hours of fun and learning for the whole family.

“At Pixar we use science, technology, engineering, art and math, combined with a significant dash of creativity and fun – and in the interactive exhibition you can explore how it all comes together, when we make our animated films.” – Jim Morris, President, Pixar Animation Studies.

Take a peek behind the scenes at Pixar

The interactive exhibition takes you all the way from the first sketches to finished animated film – and below the surface, where math, geometry, physics, and advanced animation technologies makes it all possible.

Experiment with the filmmakers’ tools in 65 interactive activities, where you can model, animate, set lights and cameras, and breathe life into some of Pixar’s most beloved universes and characters.

The Science Behind Pixar is divided into eight sections, where you can explore the eight phases in Pixar’s animation process: Modeling, Rigging, Surfaces, Sets and Cameras, Animation, Simulation, Lighting and Rendering. 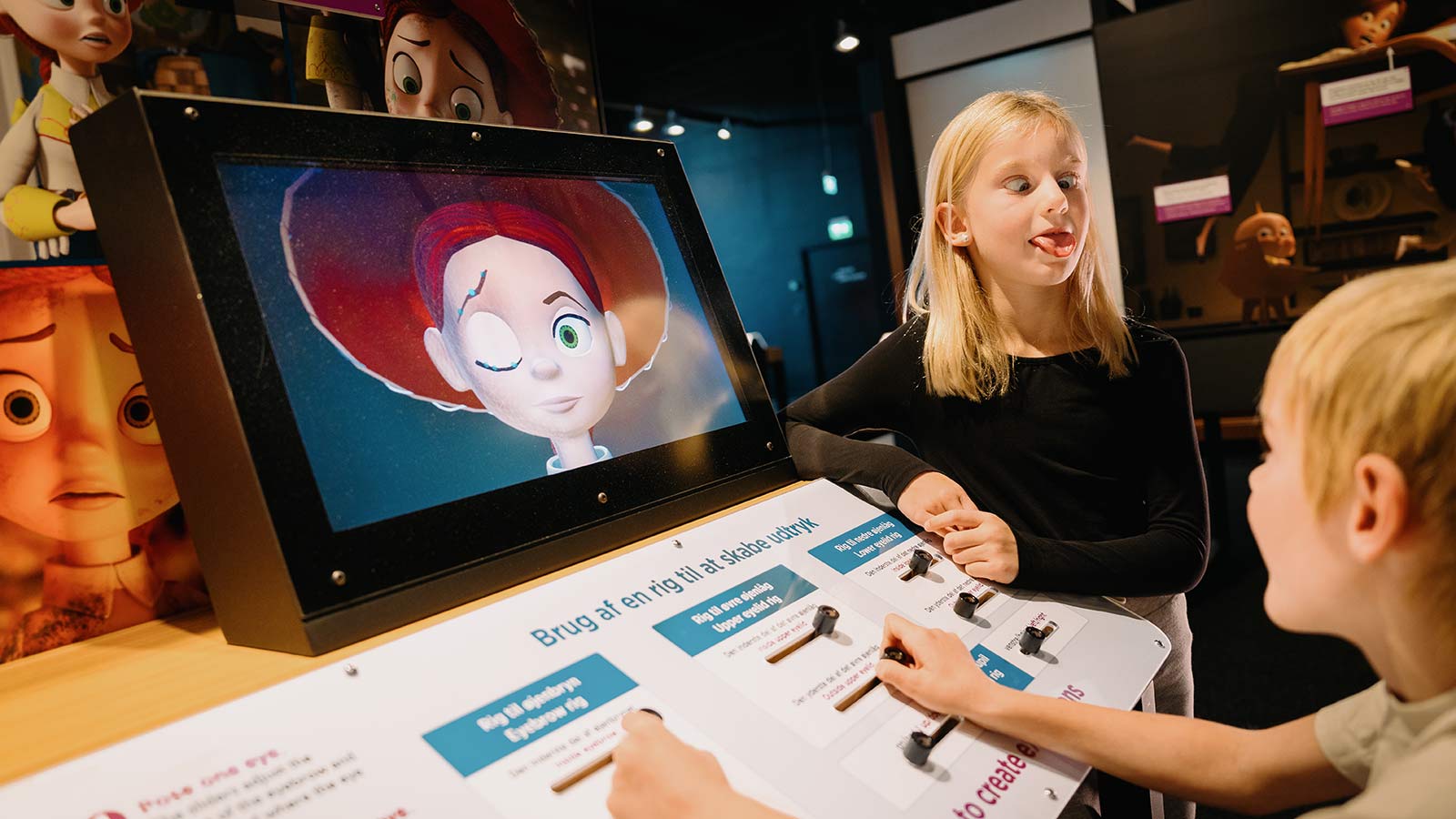 Pixar are masters in evoking emotions, both on screen and in us, the audience. How many emotions can you express by moving the eyebrows, eyelids, and pupils in the face of Jessie from Toy Story 2?

Fun for the whole family

The Science Behind Pixar opens 13 October and closes 10 April 2023.

All activities have instructions in both Danish and English – but are generally so intuitive that children of all nationalities and most ages will be able to jump right in.

The experience will thrill the whole family, and is especially suited for children aged 8 and up.

The Science Behind Pixar is sponsored by 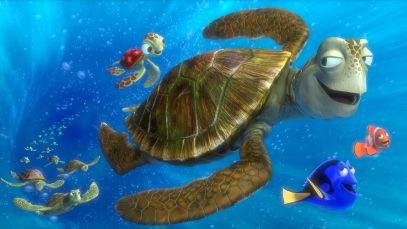 Animated films spring to life as a creative fusion of art, technology, and science. Here are four examples of how science come into play when Pixar creates their animated films.