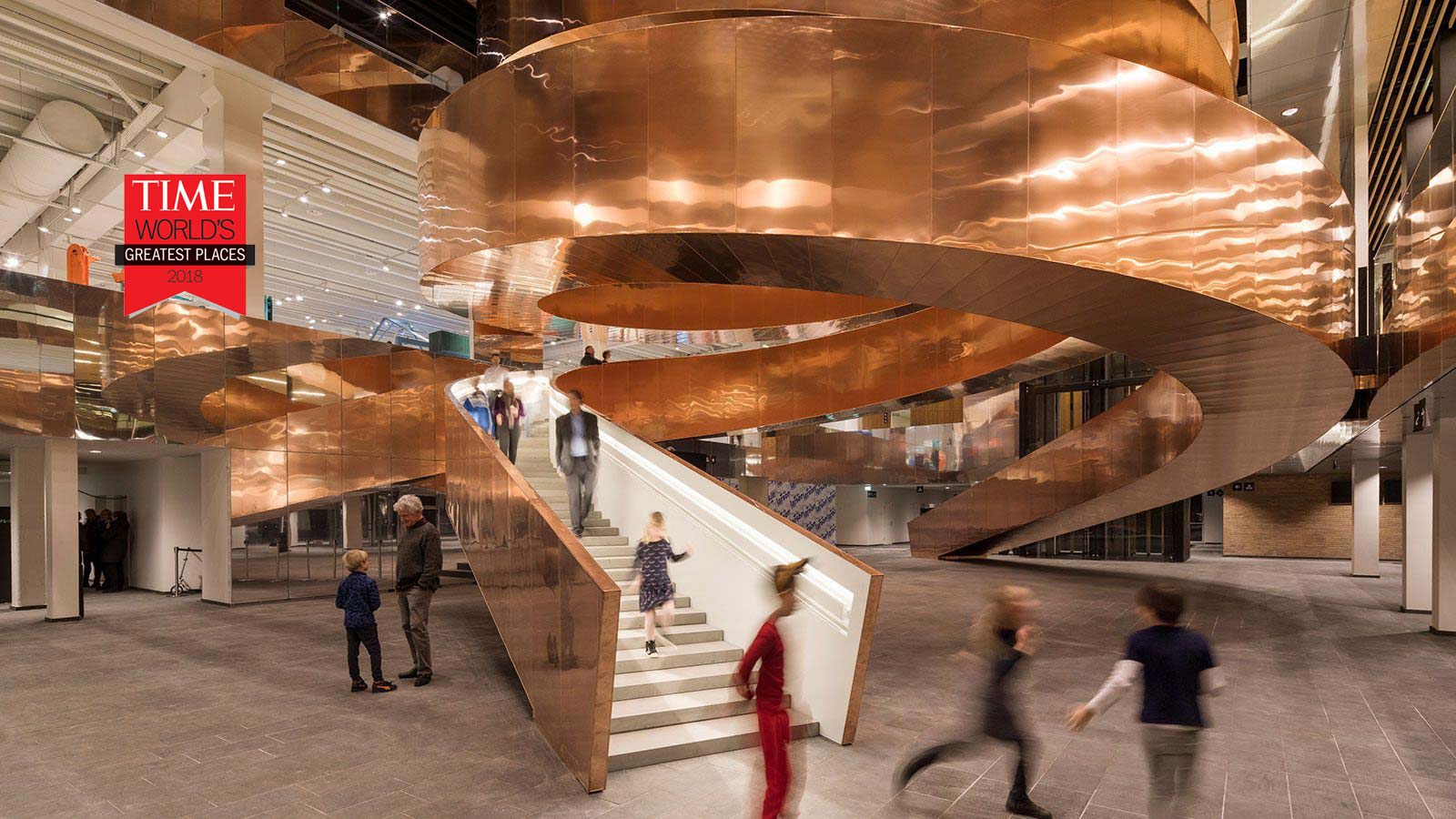 TIME Magazine: Experimentarium is one of the world's 100 greatest places

In 2018 Time Magazine listed Experimentarium among the World’s 100 Greatest Places - an experience worth travelling for.

In 2018 TIME Magazine published their list of ’World’s Greatest Places 2018’ for the first time.

The list highlights the 100 most innovative and trendsetting destinations around the world – experiences that are worth travelling for!

According to the list, three of the world’s greatest places can be found right here in Copenhagen: Experimentarium, Tivoli and Noma.

“When a giant like TIME Magazine puts Experimentarium on the map as one of the world’s most innovative and trendsetting experiences, it’s like getting three Michelin stars. To put it mildly, we’re brimming with pride! Our goal with the new Experimentarium was to create a world-class science center – now we can say that we have suceeded in doing just that,” says Kim Gladstone Herlev, CEO of Experimentarium.

Time Magazine is famous for their annual list of the world’s 100 most influential people, and it’s the first time they now publish the list of ‘World’s Greatest Places’.

The World’s Greatest Places list is composed of all types of destinations, including museums, restaurants, parks and hotels. So it’s not a question of the type of experience, but that the experience in itself is world-class.

“We have created the new Experimentarium to provide educational and creative experiences that allow children and adults to laugh, get curious and to experiment. Here you use your body and become smarter at the same time. Whether you are Danish, American or Chinese, you can jump right into it at Experimentarium and hopefully it will light a spark of curiosity about science and our amazing world,”says Kim Gladstone Herlev.

The experience at the new Experimentarium includes the world’s first interactive film theater based on movement sensors and ‘Miniverset’, where toddlers and pre-schoolers can learn about science through play.

With a few exceptions, everything is designed inhouse by Experimentarium. The architecture is by CEBRA combining spectacular new architectural elements with tasteful reuse of Tuborg’s old botteling plant in Hellerup.

Guest satisfaction is through the roof

Fortunately, the guests agree with TIME Magazine in the appraisal of the Experimentarium experience.

TIME has received nominations from their editors and correspondents around the world and, together with experts, has compiled the list of the 100 destinations based on their quality, originality, innovation, sustainability and influence.

The list has three categories: Places to visit, places to stay and places to eat and drink.